VBC have shown an ongoing commitment to the F1 class. From latest to earliest these are:

Where it all started - the VBC Flash04

I had a run with a VBC Flash04 today and I must say I was impressed.

The car had been supplied and built by Ren Benci from RAB Hobbies for Tim Donoghue at TFTR and Tim was nice enough to let me have a run even before he had! So this virgin car went on the TFTR track with Ride R1 tyres on a track that I would estimate was about 30 degrees C. A brand new F2012 body shell topped the car off.

The car was very smooth and easy to drive with the kit setup. The Ride R1 fronts provided the expected understeer but the car was very predictable and smooth. I came away impressed.

Ryan Maker won the AOC Round 2 in Melbourne with a VBC Flash04 (rubber on carpet). 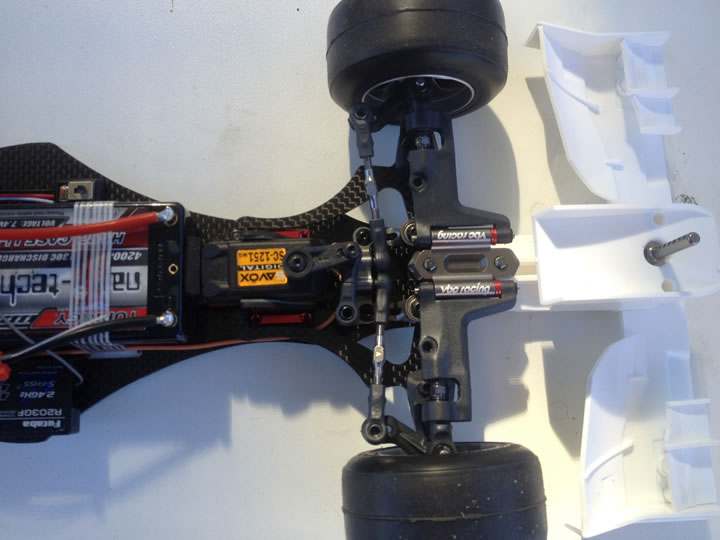 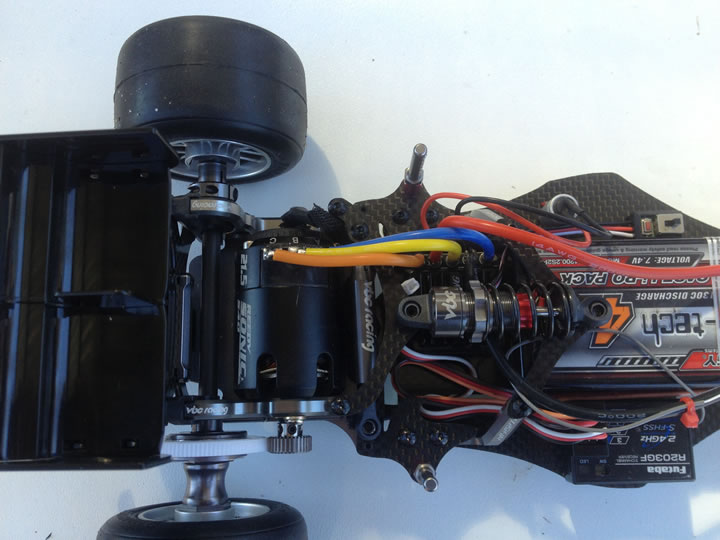