My youngest brother Mike called me up early this year and told me he bought the Tamiya RC Tyrrell P34 1977 Monaco GP car based on the six wheel version of the F103 chassis.

He asked if I thought it would be competitive against 4 wheel F103's racing outside on an asphalt parking lot. This rekindled memories of 1977. Yes, I was there and I bought and raced the original metal chassis Tyrrell P34 quite successfully back then. The Tyrrell P34 was and still is my favorite F1 car of all time. Then I saw this ad on the Internet. 'The most radical ever' F1 car goes on sale: Tyrrell's iconic 1970s six-wheeled racer on the market for $750k. 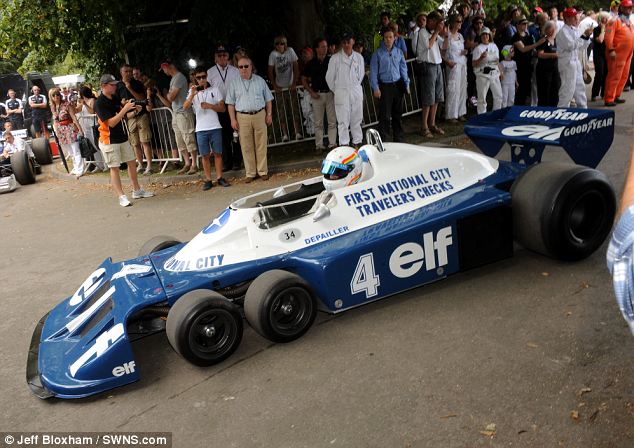 I yelled to my wife in the kitchen, “Honey, do we have $750,000?  I need to buy something.” You can probably guess the answer I got back. So memories flowed back to my brain of the 1977 1/10th scale streamlined body version of the car I had back then and I remembered Tamiya re-released that body on an F103 version back in 2001. Ok, off to eBay then and within a few days I found one at a great price new in the box, never built!

I built it kit stock and was smiling all the time waiting in anticipation to complete it so as to drive the wonderful six wheeler again. As I built it I questioned some of the things changed as this was a whole new chassis platform and as I had raced F103’s since the time of their first release I was well aware of how finicky they were to handle on an unprepared track.

My suspicions were well founded as on the first testing session the Tyrrell handled terribly. Now I know how to adjust a f103 chassis but everything I tried made no difference. My thought was the original 1977 chassis was an aluminum pan with motor and axle bolted to the pan and the only suspension movement was the plate on springs that housed the four front wheels. It was a beautiful handling car right out of the box even with rubber tires. It had no oversteer on the surfaces we raced on. Now this F103 based Tyrrell was the worst car I had ever driven and I was determined to get it to work. No wonder Tamiya doesn’t sell many of them in comparison to their other F1 kits.

Ok, its eBay time again. I looked at all the quite reasonably priced high quality optional parts available for the F103 in blue metal to boot! First I bought a height adjustable pod by GMP but I found out from testing you must keep it stock height in the middle setting and not use the shims as the front wheels will not touch evenly if you lower the rear end. 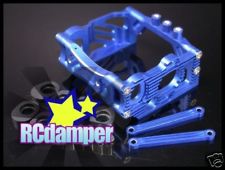 Then I got a 3 Racing shock also in blue. I used the 3 hole piston included. 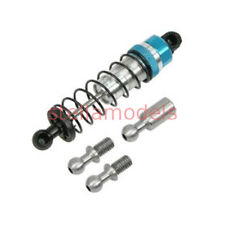 Next I figured if I kept it under $750,000 I could go a little overboard, a 3 Racing aluminum diff housing in blue. 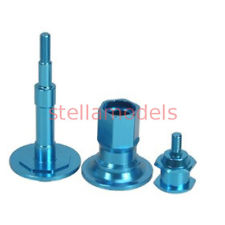 The next was a VERY important part to get the chassis to handle: a GMP sub chassis holder ball suspension. You guessed it, in blue. 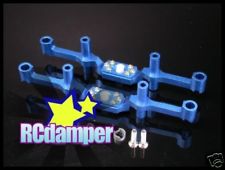 All the time I was testing and adjusting the car to try to get some kind of rear traction. Still, handling wasn’t there. I added full ball bearings all around taken from my other F103s laying around, added low friction disks again from a car not being used. No grease was used. 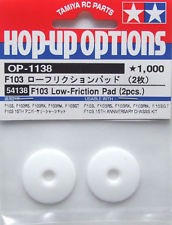 Still no good! I was getting disappointed at this point so as a diversion for looks and happiness I got a 3 Racing dampener disk post in blue. 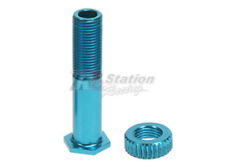 This didn’t do a thing but looks really cool. Back to the task at hand. Looking to add more rear traction, I got one of these Tamiya flex t-bars.

But still no better and running out of ideas at this point.

Remember what I said about the original metal chassis being stiff all the way back to the motor? Ok, I saw this and thought, this is it, this will work now. And in carbon graphite silver. OH YEAH! The 3 Racing upper deck.

This was the magic part needed!

I had to shorten it about 1/4” in front so as not to interfere with the steering and now the car was complete. Well almost! I saw these and had to get them. 3 racing body posts. Beautiful! 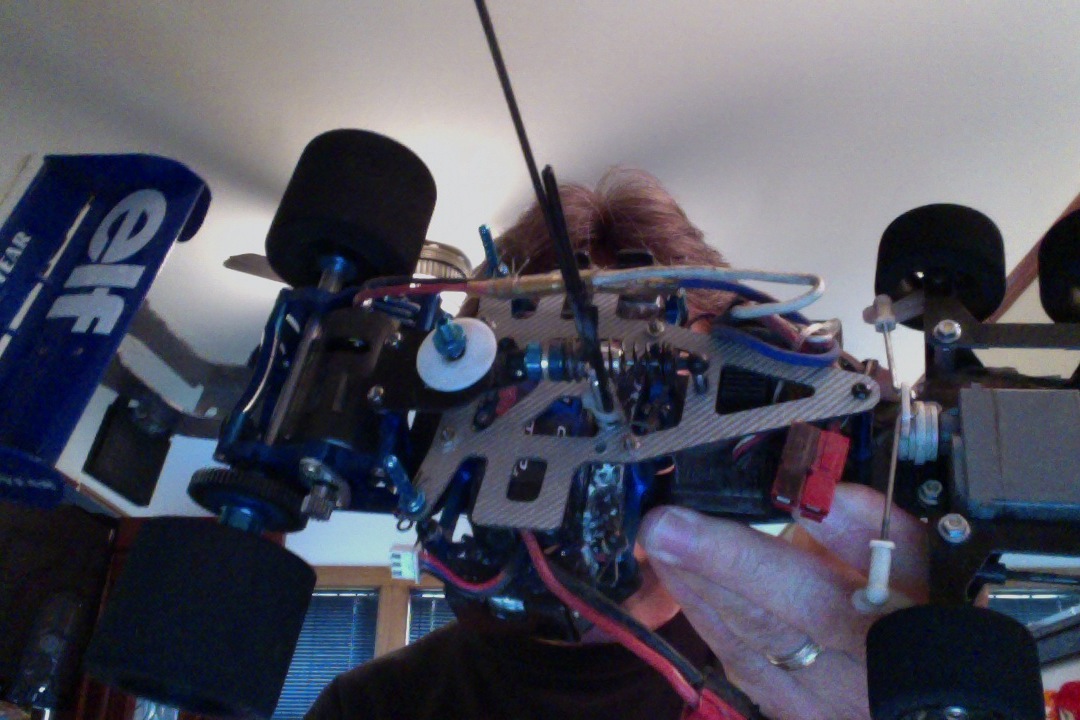 I tested with both rubber and foam tires, and the foam tires all around are the way to go. You can get the fronts on eBay and the rears are standard F103 rears, also easy to find on eBay.

Off to the track, err, parking lot! The addition of the ball suspension battery holders, the flex t-bar and mostly the top deck transformed the Tyrrell P34 to a beautiful and great handling F1 dream car for unprepared asphalt racing. One thing that’s important: tighten the dampener disk all the way tight to control the ball suspension and the rear end will grip beautifully. The car has a beautiful drifting quality to it, meaning you have great turn in, front tires grip like a leech and the rear end will slide around the most tight hair pin but not completely so you can power through it and drive out of it without losing the rear end.

You will be amazed at the Tyrrell P34 in action so many years later still racing successfully in vintage racing around the world . We, my brother Mike and I, did our final test with the Project 34 Tyrrells modified the same with the track laid out like Monza with Tamiya disks, chicanes and all. We raced against the fastest driver in our group in Milwaukee WI, my nephew Alex (named after Alex Zanardi, wow, I am getting old!) and our cars handled much better than his: a Newman Haas Lola, which with its long wheel base works great on unprepared asphalt. He remarked to us those things get out of the corner much better than mine does. Yes they do, and oh the joy of driving those six wheeled Tyrrells around the track. It feels like 1977 all over again! 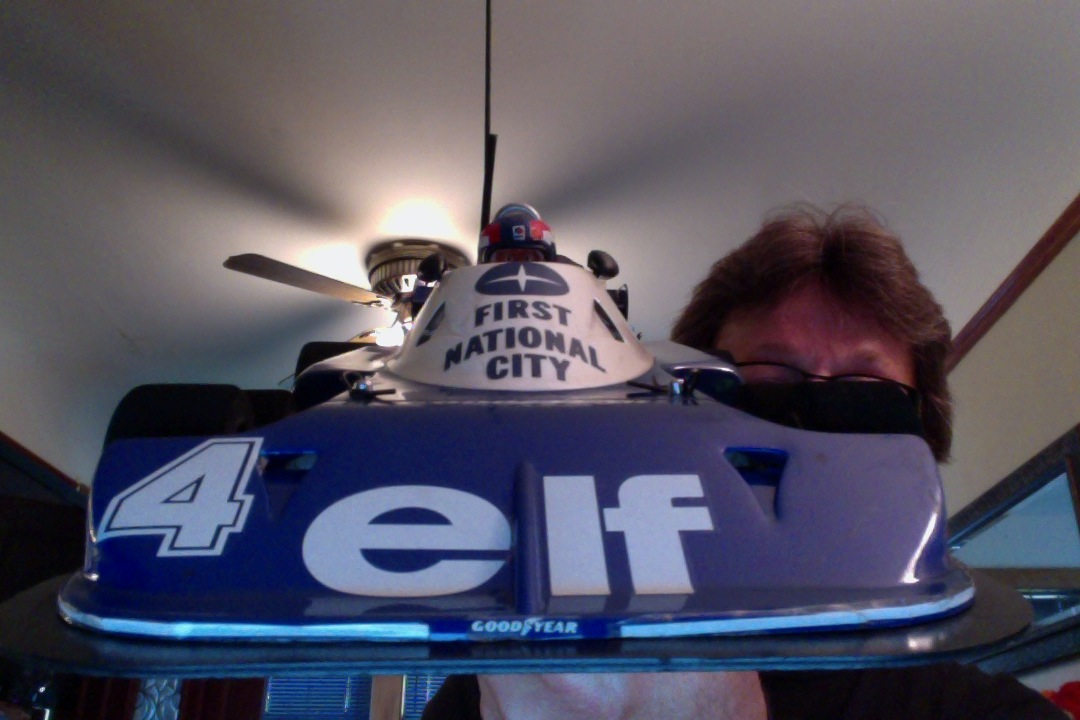 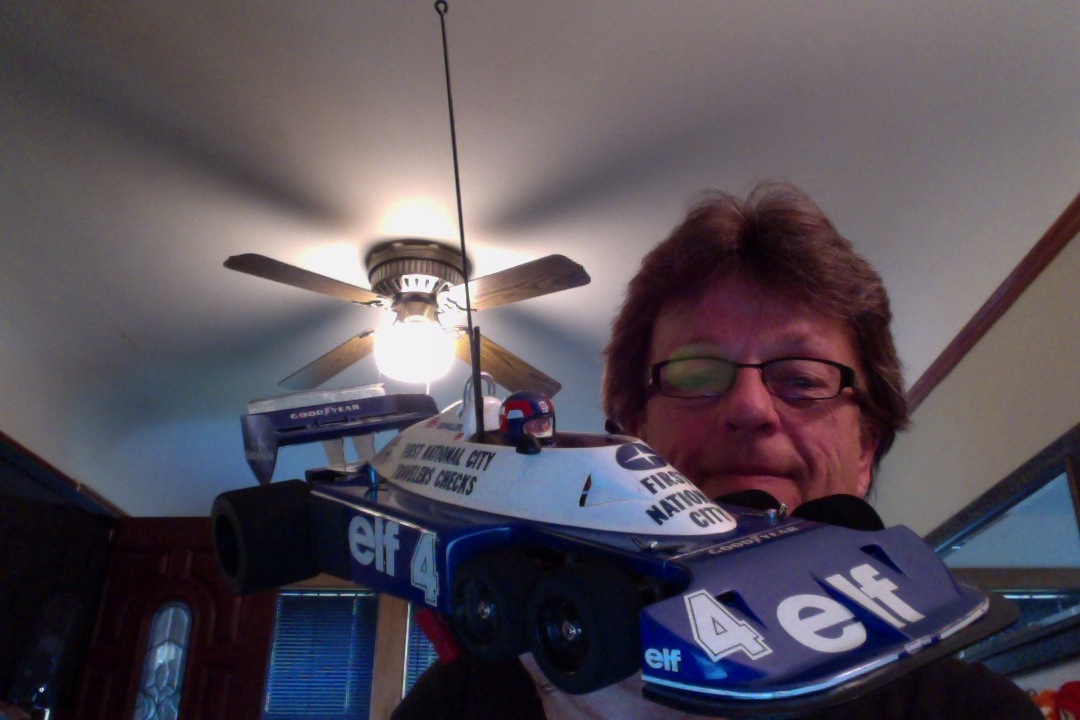 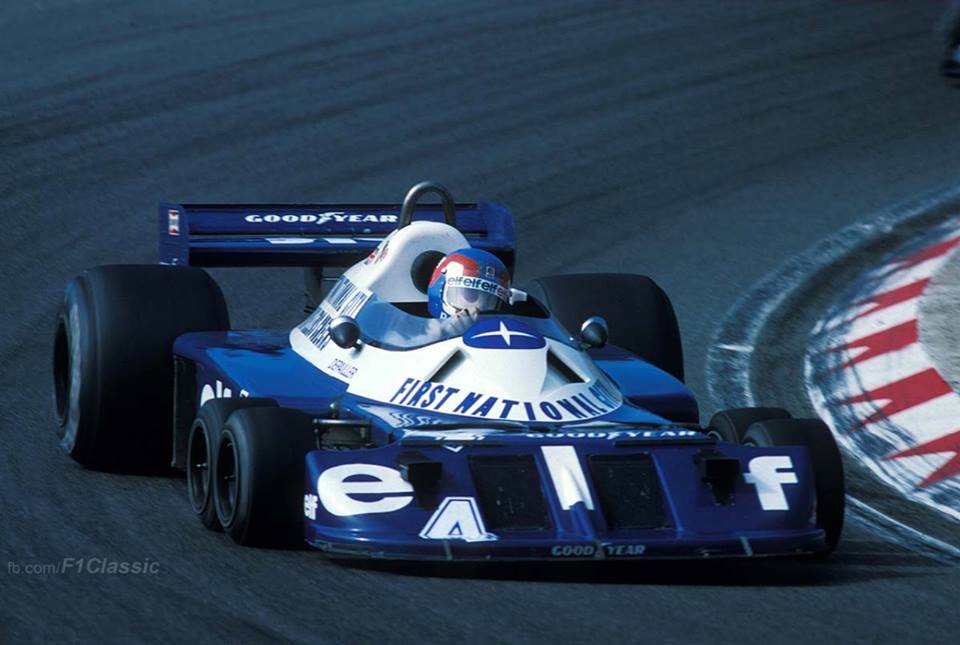