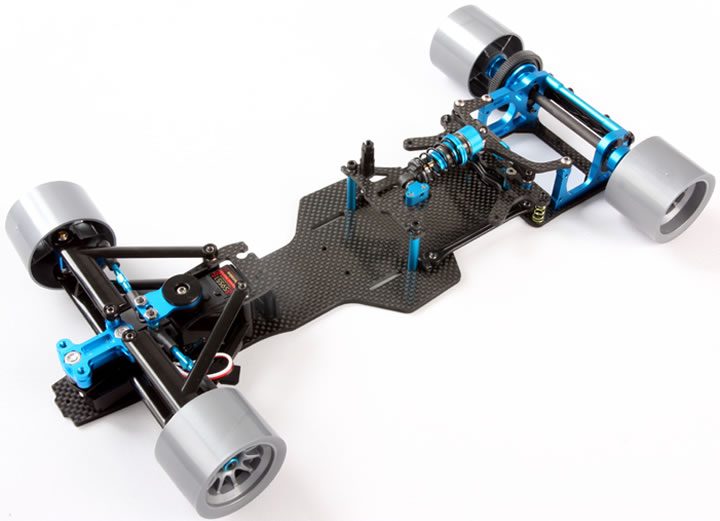 This is a very good car. All earlier F104 family releases from Tamiya used a T-bar or T-plate connection between the main chassis and the rear pod (which houses the motor, differential and rear axle). The Version 2 instead uses a pillow ball link rear suspension (similar to a 1/12th scale pan car). The car is very robust and in campaigning a v2 from July 2012 - June 2013 we have experienced very few breakages and all were inexpensive plastic parts.

In June 2013 Tamiya released their TRF series (starting with the TRF 101) which takes over from the F104 v2 as their top end F1 kit. The F104 v2 remains a proven and very reliable chassis.