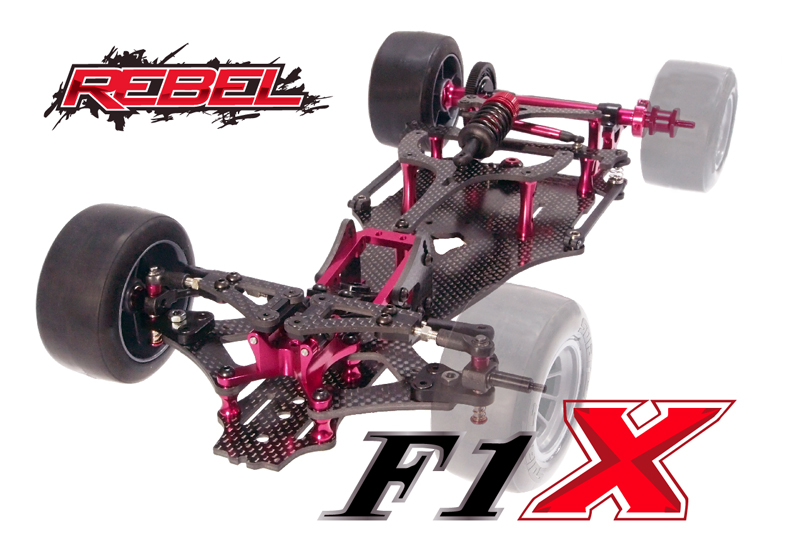 The Top Rebel F1X has an adjustable tilt servo position and an updated front end (available separately as an upgrade for the Top Rebel R-F01 which was released in 2013 and which the F1X replaces. See below for more on the Rebel R-F01). The front end is a big improvement over the Rebel R-F01 as it looks more like a true F1 front end with the hinge pins inside the body shell as opposed to the pan car front end used by the old car. 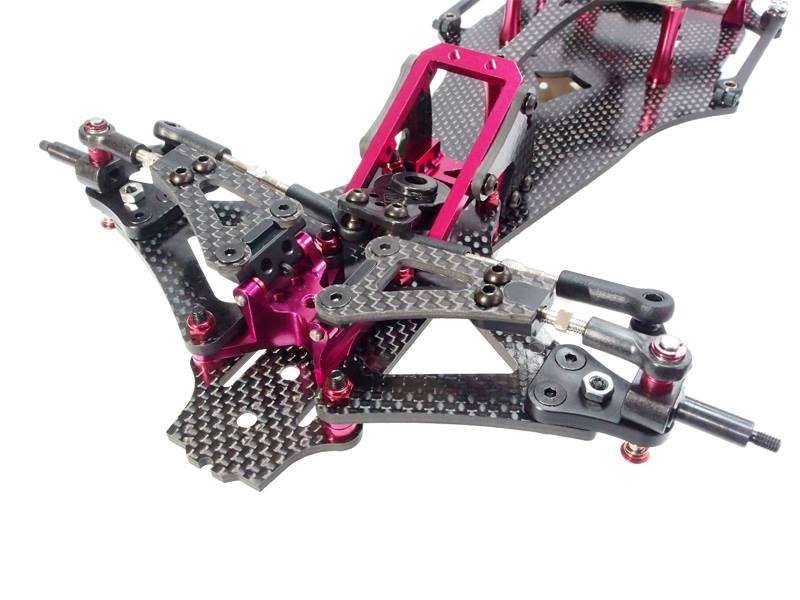 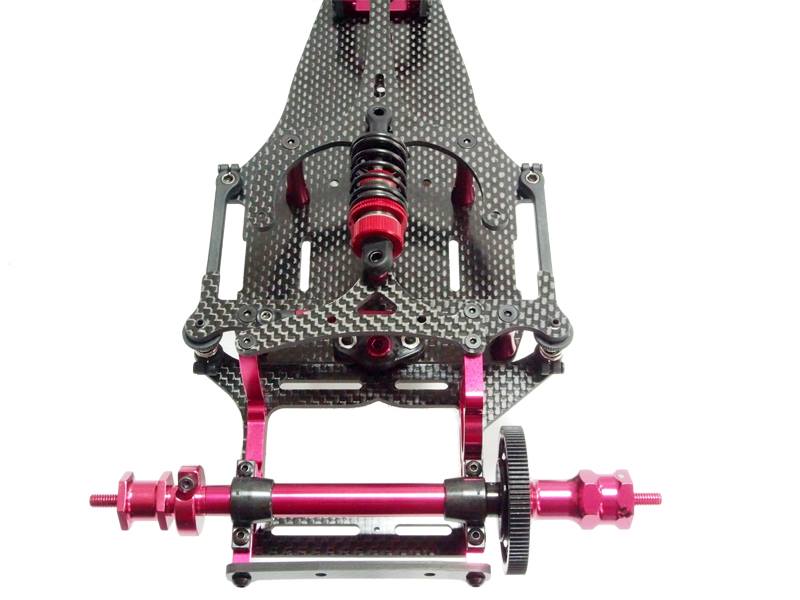 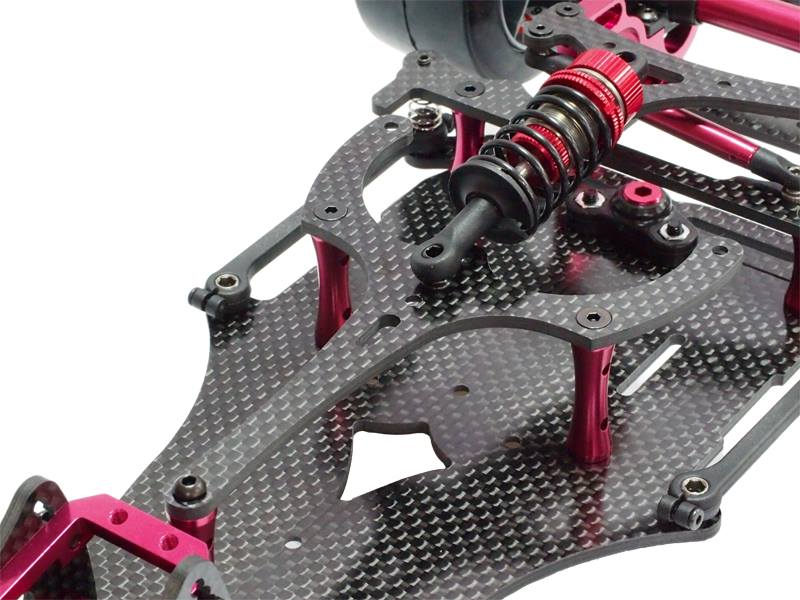 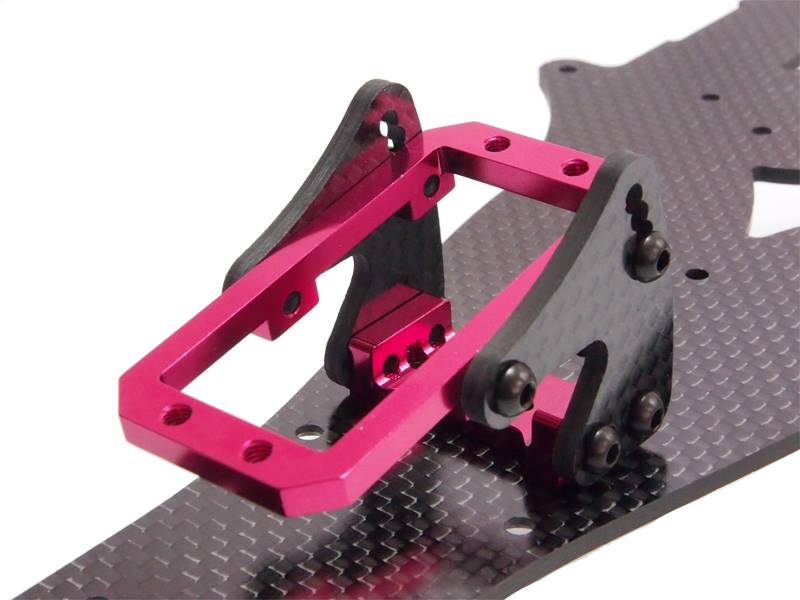 This car was released in late 2012 and was replaced by the Rebel F1X. It looks like this: 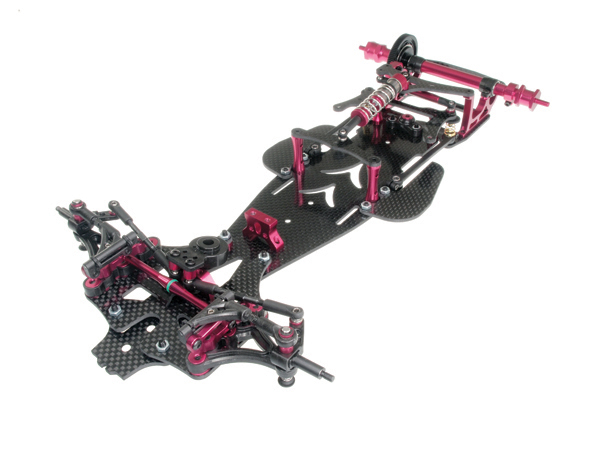 I am a fan of F1 cars looking like their full scale cousins so I'm not a fan of the looks of the Top Rebel R-F01's front end. However, it certainly gives you additional control and tuning of the front end. Luckily Top anticipated this issue and made their mounting holes compatible with the Tamiya F104 front end. So you can change the front for F104 arms to get a more scale look. You can see how non-scale the front end looks with a body on in the photo below from the Red RC website: 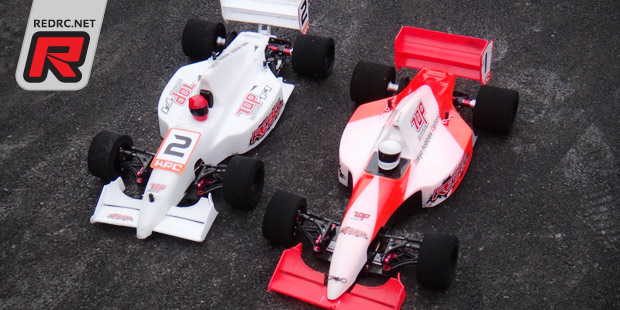