This is the largest on road meting, in terms of entries, that Australia has seen for some years with 196 entries. F1 is the largest ever turnout in Australia with 25 drivers ready to battle it out.

Over the next 3 days we’ll be bringing you all the F1 action and of course you can follow the racing live on www.liverc.com

There is also a #aoc2013 on www.instagram.com where you can see other peoples photos.

First the venue - only one word can describe it – Amazing!!! I’ll let the photos do the talking:

Ok, I’ll do some talking about the venue J The artificial grass infield really makes the track layout easy to follow and I’d expect videos of races to come out very well indeed.

The South East Radio Control Car Club has put on a fantastic track and venue. Arriving this morning the coffee was hot, the pit tables were ready, the track looks great and controlled practice by group got under way on time at 9.50am.

The Ride R1’s are struggling for rear grip on the brand new CRC racing carpet in Practice 1 so I’ve made a lot of changes to add rear grip to my Tamiya F104 v2 for Practice 2. Yes – you should only make one change at a time but the car was so awful that I needed to go hard or go home J Time will tell whether this was the right decision. Update - car is still awful. The fast guys are putting the traction compound on just before putting the car on the track (tyres still wet) so I'll try this in Practice session 3. Stay tuned!

Below - Scotty Ernst, race organiser, who is not only calling the Qualifiers and the Finals but also the Practice Rounds. A busy man! 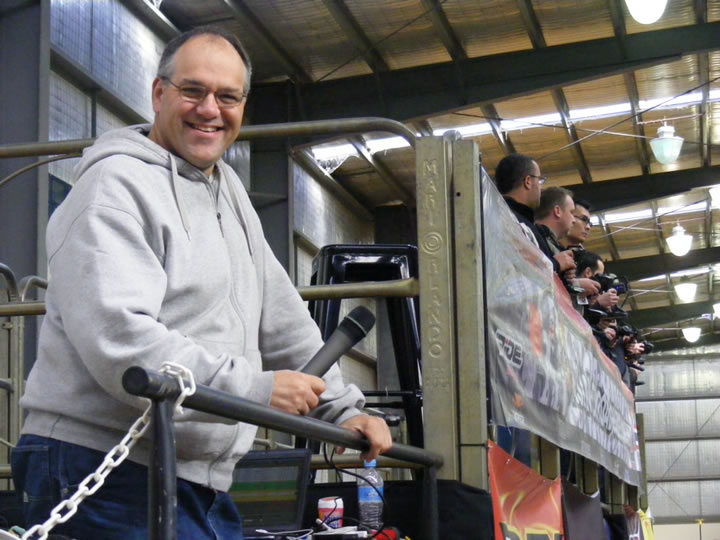 I caught up in the pits with a number of drivers.

Ari Bakla, current Modified Touring Car Australian Champion, and owner of HEI International (X-Ray Australian distributor) and Northern Beaches Hobby Centre (their retail arm) which sells 3Racing F1 cars. Ari is a fan of F1 and races with his Dad at SMA in Sydney using 3Racing cars. Ari hasn’t entered F1 this weekend because he “only races F1 for fun”. It’s great to see another F1 driver where the car and the racing just brings a big smile to their face!

Rod M (below) is the Australian Top distributor and is running his Rebel R-F01 this weekend. Rod is regularly in the A-Mains in NSW. His online website stocks TRG, Zen, TQ and other F1 products. 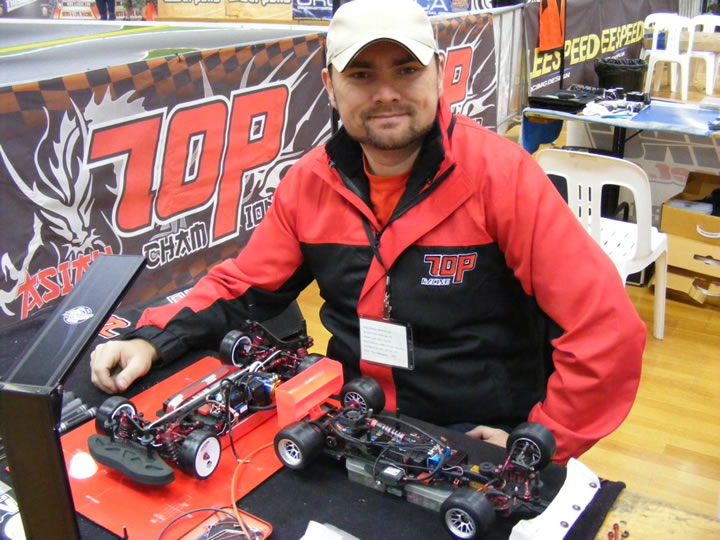 Bradd Vercoe couldn’t make it this weekend but below is a photo of his Rebel R-F01 which he raced and won at last weekends Carpet Burn on the Central Coast in F1. Rod tells me that Bradd is a former TCS World F1 Champion. 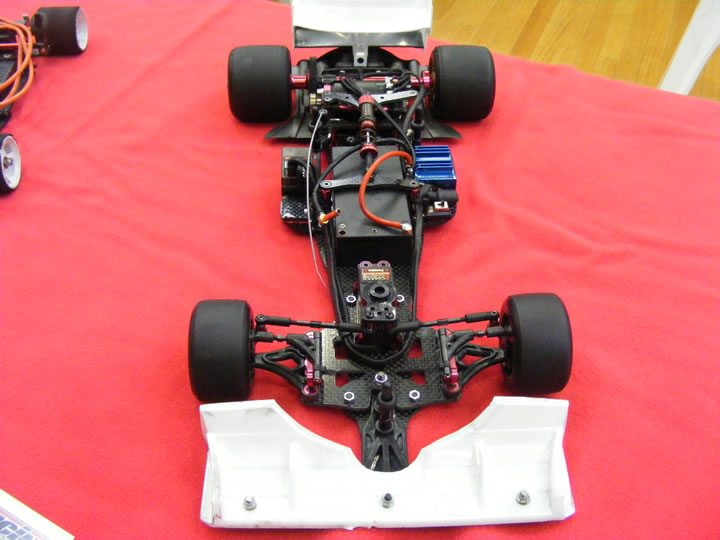 Hiroshi Izaki (below) is also an A-main capable F1 driver from NSW and he’s running his Hiro Factory F1. 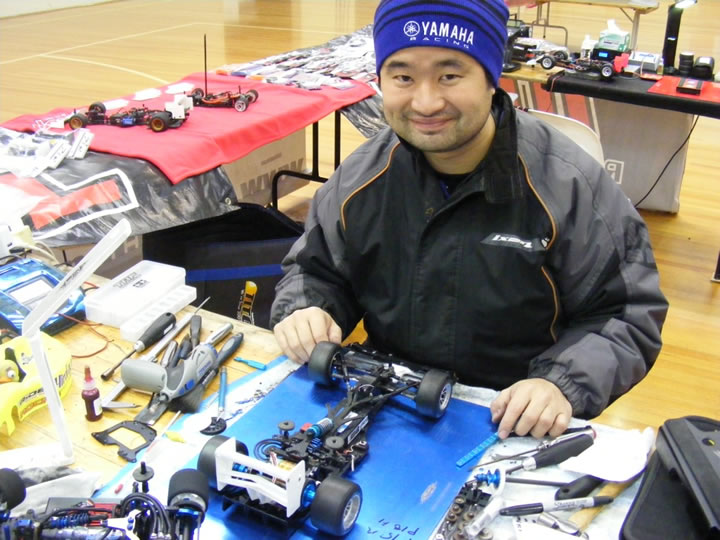 Stay tuned for more event coverage tomorrow as we move into qualifying.

There are 24 races per round and each round is taking up to 3 hours! Plenty of time for me to post updates :)