Round 3 was held on Sun Aug 4 at WCRCMCC (Geelong). Unfortunately the weather forecast was terrible and this kept a lot of drivers away. Luckily however, as is often the case in Melbourne, the forecast was wrong and the full program of 2 qualifiers and 3 finals was completed without any weather delays.

The Geelong club put on a very well run event with great hospitality and if you get an opportunity to race there I highly recommend it.

It was great to see 11 drivers brave the weather forecast and make the 1 hour trip South West of Melbourne to experience the long straight and challenging hairpins of the Geelong track.

Andy Harris of Te3m Thr33 was out before the first qualifier with receiver problems and Chris Coughlan was too under the weather from the night before to drive (that Geelong beer packs a wallop!)

Qualifying was challenging with Q1 wet and Q2 damp. It wasn't until the first final the track was relatively dry. Pit Shimizu rear 575 soft tyres were the tyre of choice and hooked up very well on the cold track in both wet and dry.  Under the body shell was extremely dry after a very wet practice and Q1.

The changing qualifying conditions meant a soft touch on the trigger was rewarded and Dave Stevens won both qualifiers to put his Team BMW Castrol Tamiya F104 Pro v2 on pole.

Dave led A1 from start to finish with his BMW Castrol team mate John Papagrigoriou 2nd from Chris Bismire less than 1/2 a second behind.

A2 saw a good battle between Dave and John with John beating me by 8 seconds. Matt Zimmerman claimed 3rd - the only driver in the field to use a silver can.

So with one win a piece it was all to play for in A3. Dave led for the first 9 laps of the race and John led for the second 9 laps to take the win, Dave 2nd and Wynand Pretorious 3rd.

So a 1st, 2nd and TQ for Team BMW Castrol with John taking the Round win, Dave 2nd and Wynand 3rd. This was Wynand's first outing in F1 and with his 3Racing F113 he beat several contenders for 3rd overall. In fact 3rd to 8th was separated by only 3 points in Alycat. See the full results link below for more details.

Overall this is how the meeting results looked: 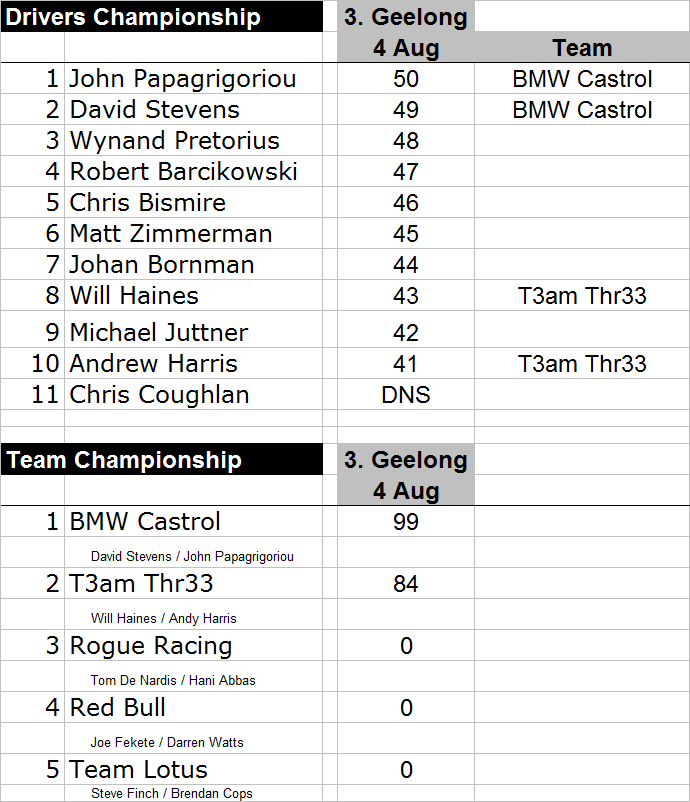 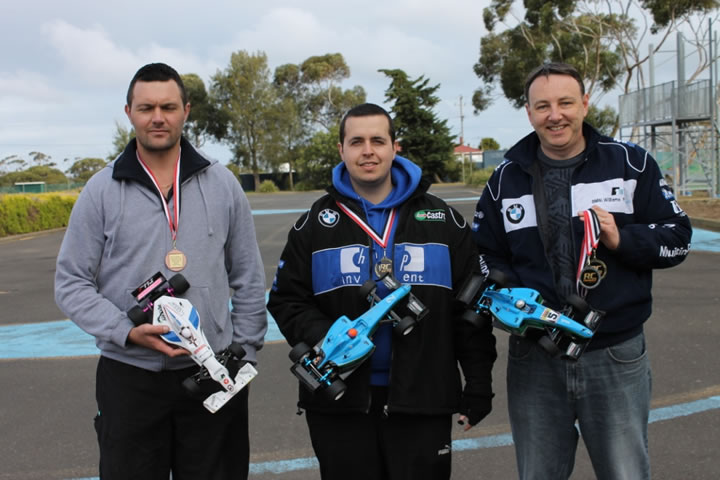 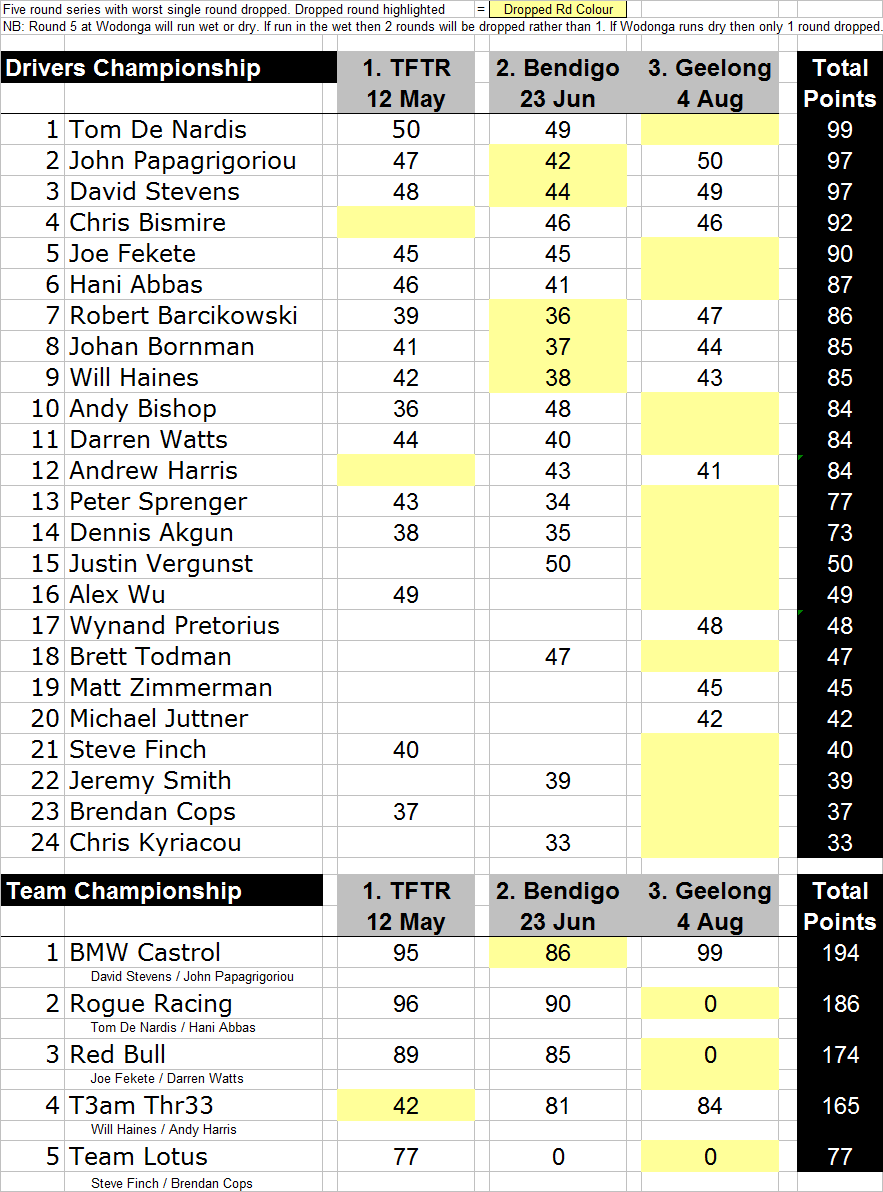