The first round of the RC Formula1 Victorian F1 Cup Series was held on Sunday 12 May at TFTR (Templestowe). The original date in April was rained out and unfortunately Mothers Day (12 May) was the only other date available. 15 brave souls ran the gauntlet of potential Mothers wrath to compete.

Note: 2nd Place Alex Wu and 3rd Place David Stevens were drawn on points (3 finals with best 2 to count). Alex had two second places (4 points) and Dave had a first and a third (4 points). Alycat incorrectly placed Dave 2nd based on his win in the third final, however the correct tie breaker was the fastest single race time. Alex's fastest was 17/6m2.937s while Dave's was 17/6m3.278s, a difference of three tenths of a second between 2nd and 3rd overall! So Alex rightly takes 2nd place overall.

Concourse Medals for the Series 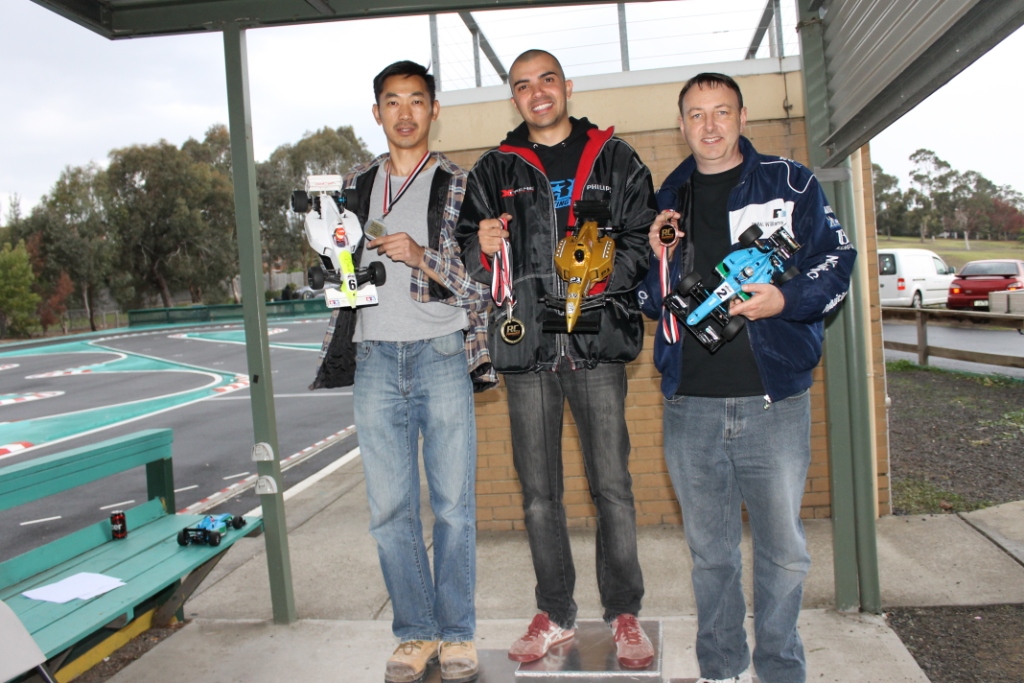 A question was raised on Sunday whether this conflicts with the Bendigo Classic event. I've spoken to Bendigo Club and they've confirmed that there is no conflict. The Bendigo Classic will be held in October. The club has also made an open invitation to go and practice F1 on their next club day on Sun 26 May.