There's lots more photos of racing, F1 cars and particpants later in this article but before we get to that let's take a look at the breakdown of chassis, motor and tyres used: 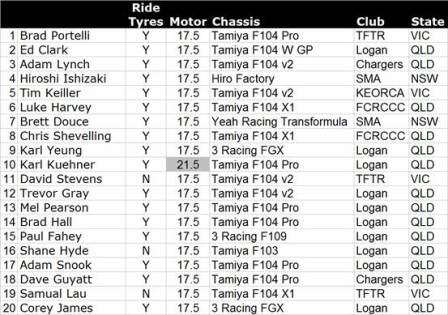 Motor - All but one entrant ran 17.5 blinky. Karl Kuehner ran 21.5 blinky and impressively made the A-main. After running 17.5 for a couple of meetings, including the Nats, my view remains that 21.5 blinky is the best way to grow the class. Yes, the really quick guys can handle the power of a 17.5 and get that power to the ground but for most of us driving a rear wheel drive car is challenging enough. I ran the meeting with my throttle EPA set to -50% to tame the wheelspin. Of course Logan is a big track, one of the two biggest tracks that run F1, and blasting down the back straight flat out with a 17.5 was a heap of fun.

Chassis - 75% of the chassis used were Tamiya, 15% 3 Racing, and 10% Other. It was very interesting that no Corally F1's turned up. Of the two entrants that definitely own a Corally they both ran Tamiya.

States - not surprisingly 70% of entrants were from Queensland but it was great to see 20% Victorians and 10% from New South Wales making the trip.

Tyres - Tyres were open but participants could opt to run Ride R1 pre-mounted tyres. Those doing so were eligible for the Ride Challenge trophy (won by Brad Portelli). 85% of entrants chose to run Ride R1's and all entrants ran rubber tyres, keeping the racing as close as possible. The tyres performed well with the hot track but the rears could come unglued in a crash and some had issues with splitting side walls. Overall though I heard a lot of positive feedback regarding the good rear grip but the fronts caused a lot of understeer.

Ok - on to some action pics. Thanks to my son Aaron who took them while I was racing / marshalling. 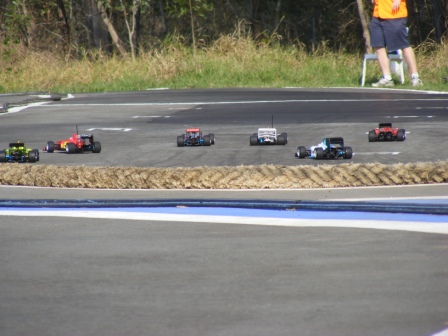 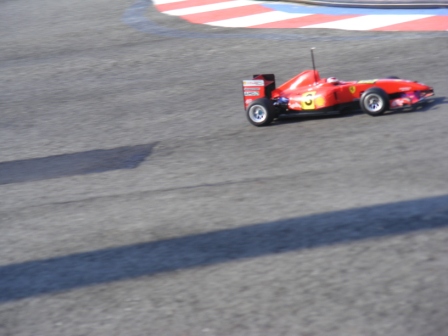 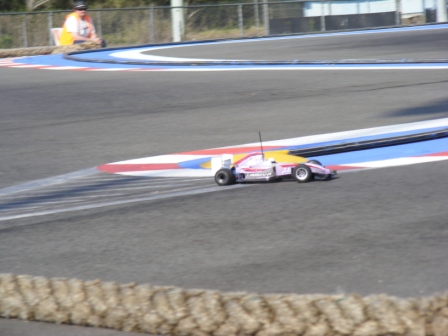 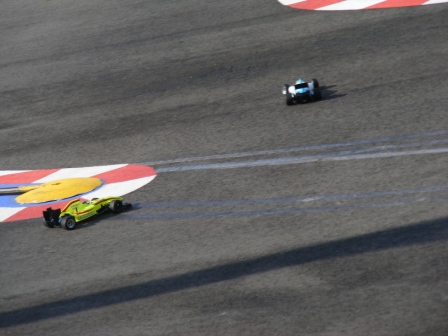 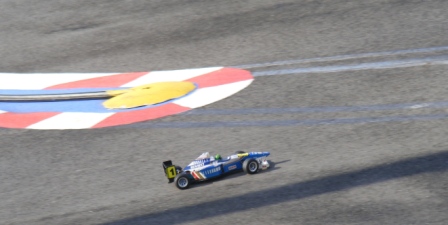 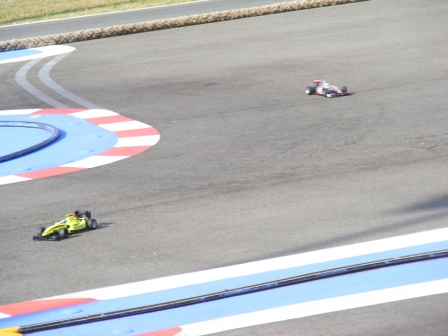 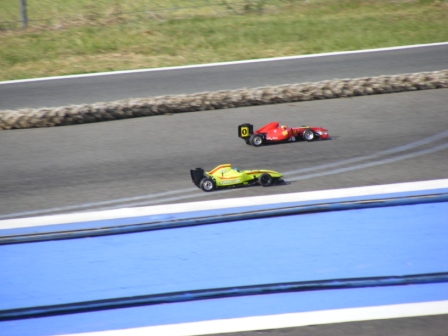 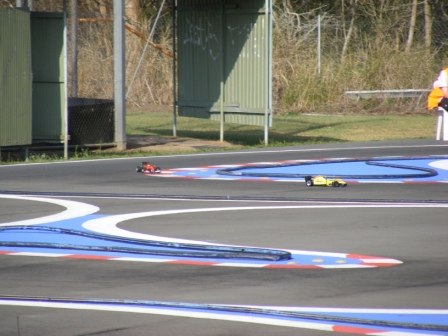 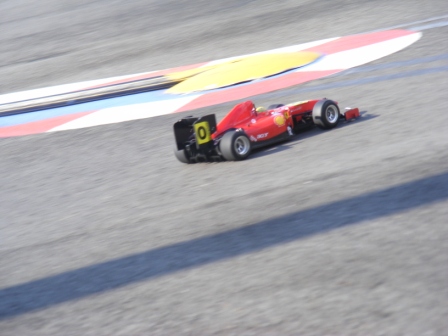 Which one of the below photos is more cute? I can't pick it :) 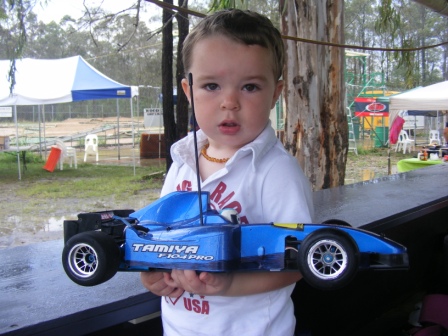 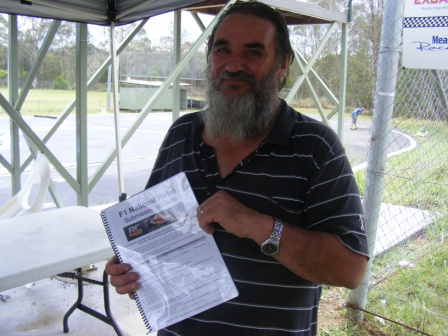 Above left is young Mr Pearson holding his Dad's car (Mel) and right is the tireless Shane Hyde who can count on two hands the number of hours sleep he's had in the past few days! Shane is holding up the RC Formula1 F1 National Rules proposal which will be voted on by the Logan committee when they've recovered from this weekend. The National rules were used for the Nats F1 demo class (plus 17.5 blinky).

Random shots of the pits facilities which were excellent! 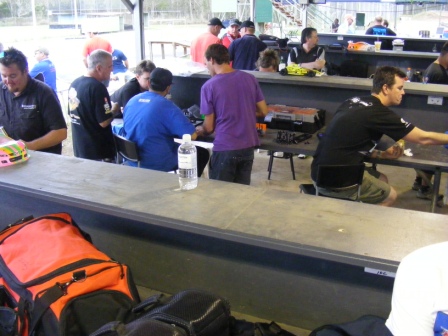 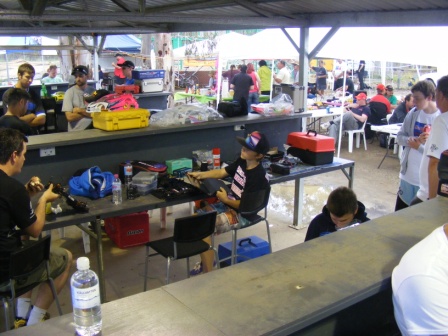