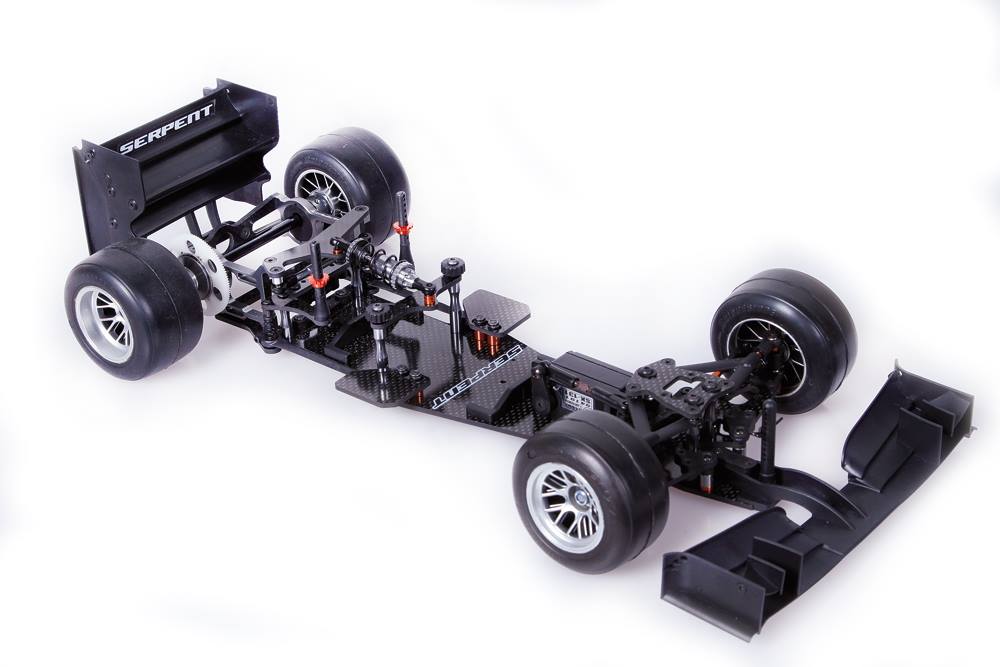 Serpent has introduced the new F110 Formula 1/10 EP SF2 kit. The F110 SF2 is based on their 1/10 and 1/12 pancar platform, and of course draws on their experience with the earlier versions of the F110 (2011 and 2013). It includes a list of new features including a 2.5mm carbon fiber chassis, adjustable kingpin settings, adjustable ride height for rubber foam tire racing, aluminum servo holder, and more.

Below is an interview with Serpent’s chief onroad designer and co-owner Michael Salven:

Q: 1st a general question: are you a full scale F1 fan and if yes, who is your favorite driver and team and which driver and team will be the 2015 champion ?
A: Yes, I am very much a F1 fan . Being a designer of rc cars and driver as well I was a big fan of the combination of Adrien Newey and Sebastian Vettel when both at Red Bull. However I could never decide which of them I was more fan of.
Who will be champion in 2015? Same as last year, although I hope Williams can challenge them, they are a great team!!

Q: While designing the 1/10 scale F1 car, do you actually check the full scale race designs as well, and if so can you really use similar solution ?
A: Well, not really, since the car is completely different from the suspension design. I look at the wings a lot, I wanted them to look scale and still work.

Q: This will be Serpent’s 2nd generation of the F110 platform. Is the F1 market developing so well ?
A: Yes, I think so. It’s a growing part of the ETS race series and as such quite popular as well. Also in Asia and USA its gaining popularity. 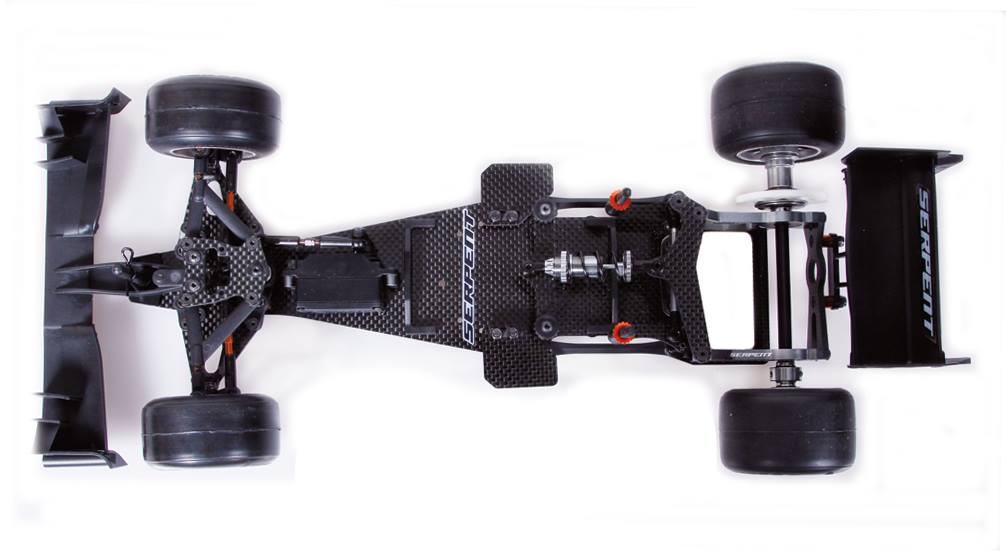 Q: What makes designing a 1/10 scale car such a challenge ?
A: since the design is quite restricted by the rules, the biggest challenge is to make a car work for all the different rules around. And to understand what makes them go fast. 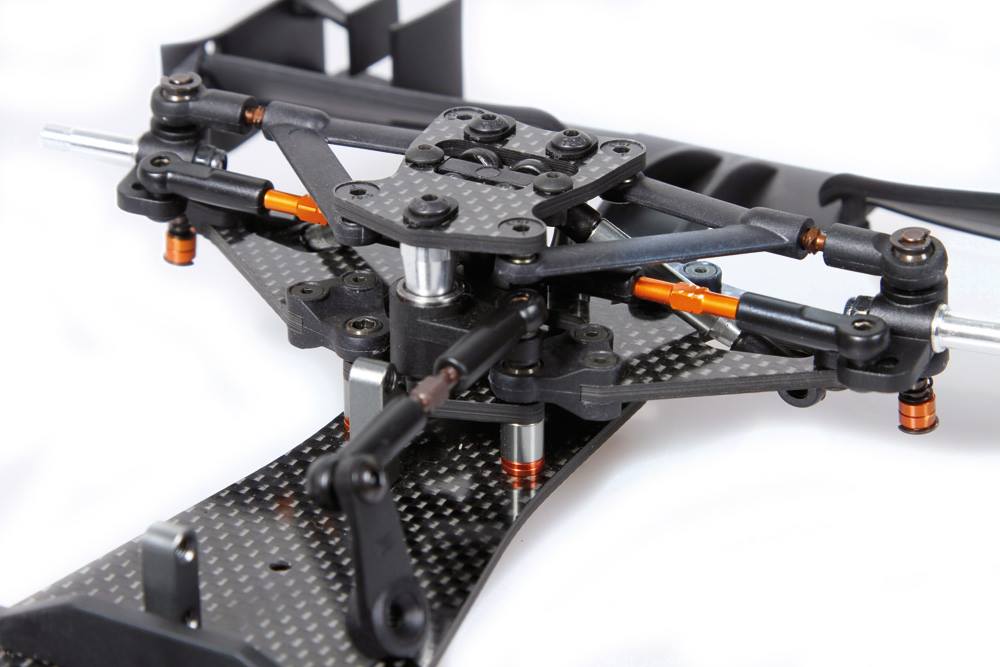 Q: Which are the key drivers you rely on to develop the 1/10 F1 car ?
A: I worked close together with David Ehrbar, who races top-level in the F1 class at the ETS, as well as TC . Since he is an engineer himself, our communication couldn’t be any better. We speak the same language. 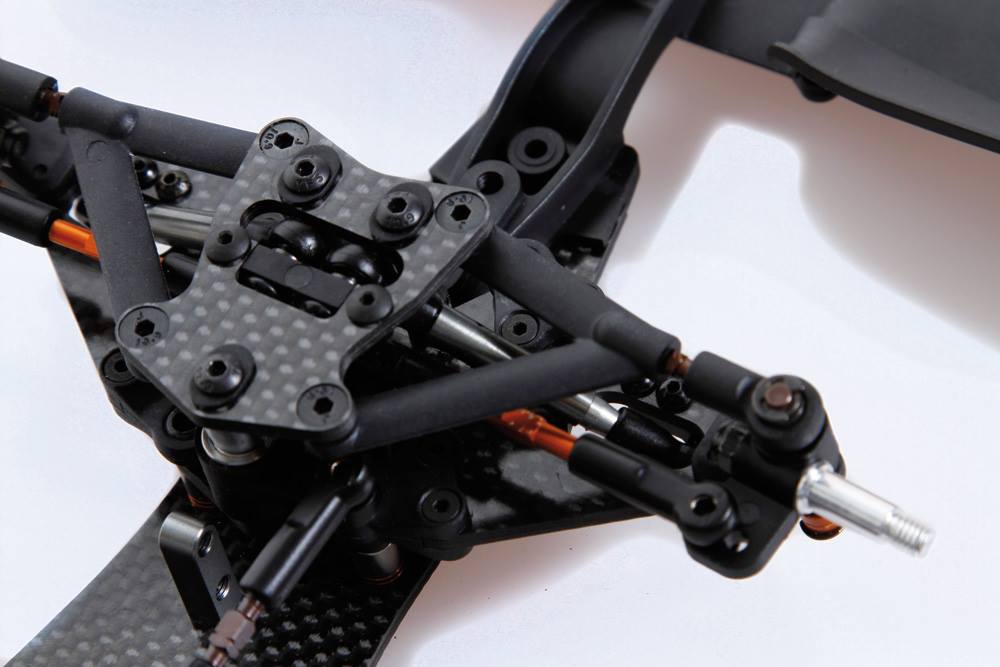 Q: What are the 5 main changes you developed for the new F110 ?
A:
1 the new center pivot system, which is absolutely bind-free. It opens up new avenues as how you use the links. There is a much higher freedom how to mount them because binding is eliminated. Also the roll-center is adjustable quite easy
2 the new front end. It has improved geometry and additional adjustability as the adjustable kingpin angle. But most important the caster adjustment is very easy, as is change of ride-height. The whole front end is much simpler, but at the same time it has a lot of additional adjustments
3 the possibility to change the weight distribution. It is possible to mount the battery in two positions, as well as the servo
4 the adjustable wings. With both front and rear wings you can adjust the upper flap in three positions
5 the CG of the new car is much lower. This is mainly because ot the new steering servo layout. It also allows adjustable Ackerman. 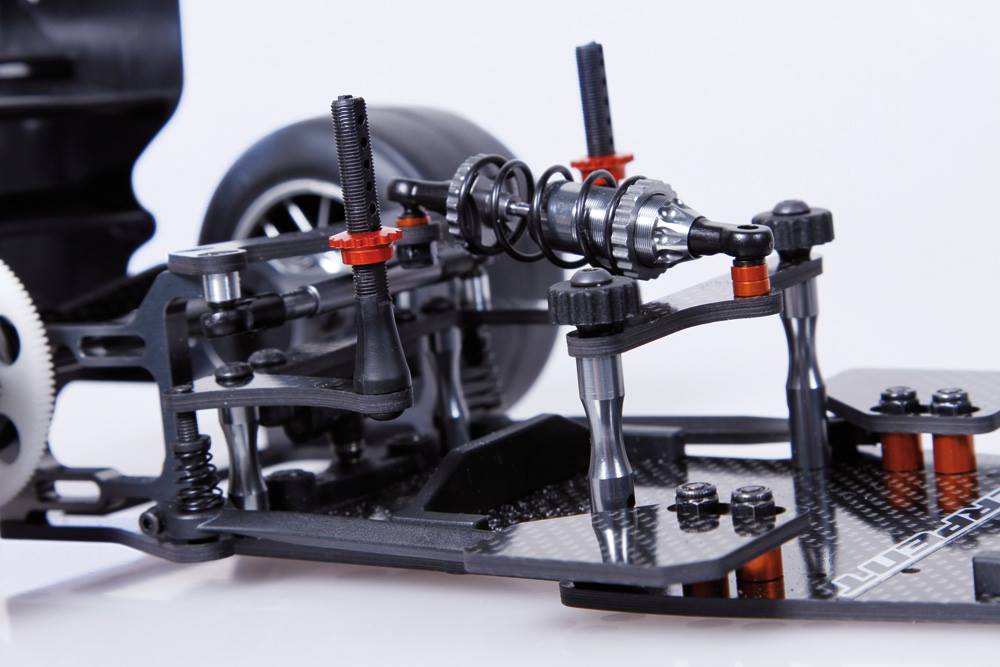 Q: Since there a different rules in different parts of the world, how did you cope with that ?
A 0 In general we tried to incorporate enough range of set-up for all the different rules. On top of that we offer three types of front suspension. All of them are available also in a wider version which is mostly used in countries where they use foam tires
A 1: fixed front end
This is the front end for the ETS and all other rules where a kingpin spring is required. All the wheelmovement is on the kingpin, the lower arm is basically fixed. This is the standard kit version
A 2: flex front end this front end is used mainly in Japan and uses the flexibility of the lower carbon arm as a suspension. Also this suspension is included in the kit
A 3: flex front end with tubes, it is identical with A2, but with additional dampening, using 2 short tubes in the front 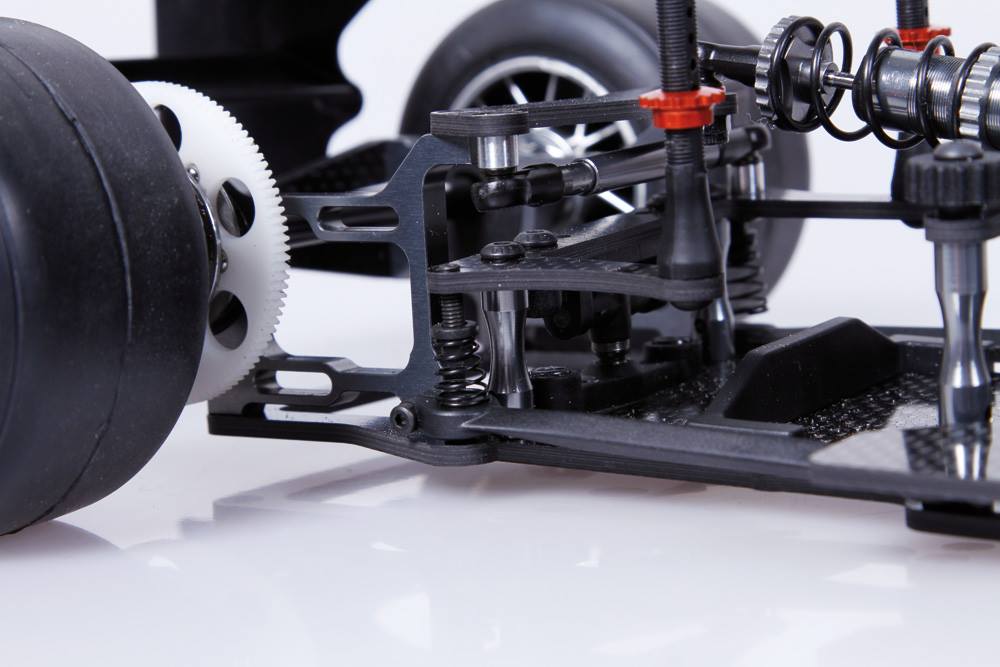 Q: Has the F110 SF2 already been run at some major races to test ?
A: Yes David used the car in the ETS round in Hrotovice. After struggling in the beginning ( he never raced a Formula car on carpet before), he finished on the podium eventually and also TQ’ed one round of qualifying. 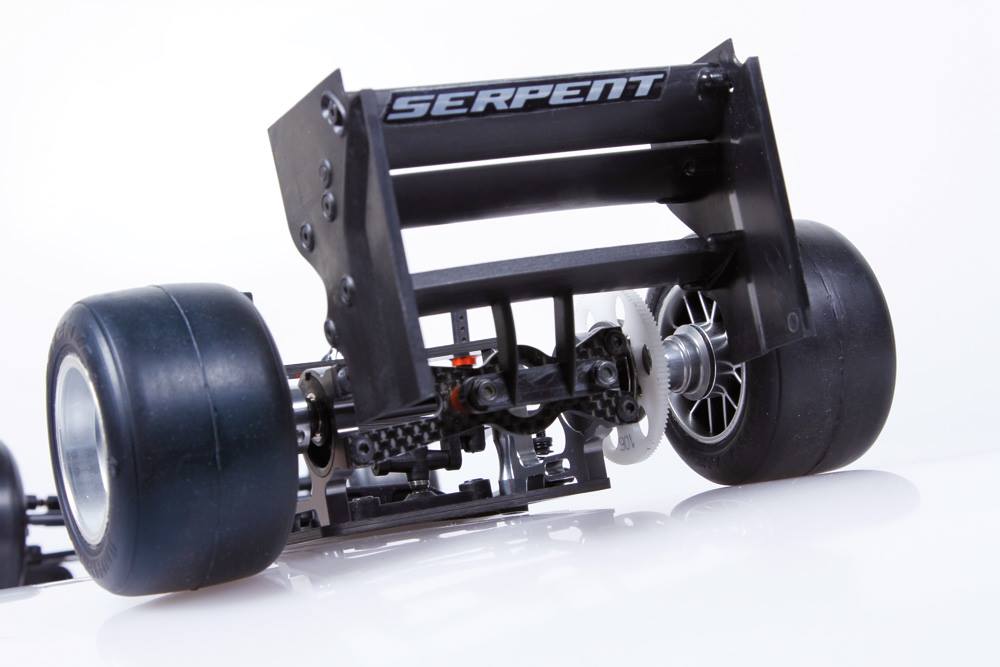 Q: When will the F110 SF2 be introduced ?
A: release is planned for early march.

Q: Will drivers be able to upgrade the F110 car with a set to SF2 ?
A: Too may parts are different and new, so this we will not offer. Of course all the parts will sell separately for drivers that want to change only some parts. 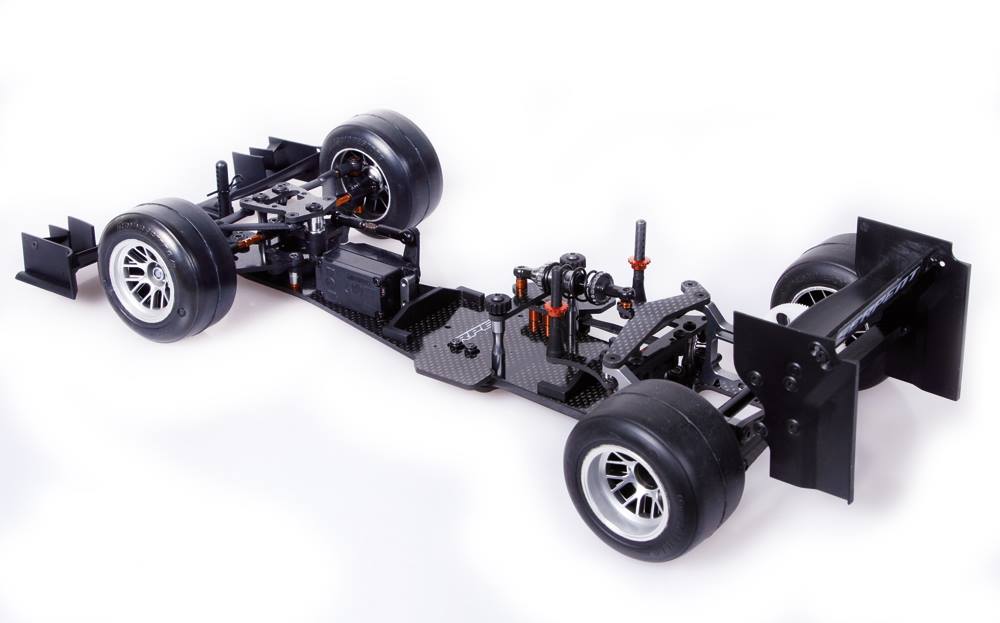 Q: Will you be racing F110 yourselves or supporting it and which class will have your focus for 2015?
A: Maybe! I really would like too! But I will stick to my Viper 977, as I love the 1/8 scale class.

Q: What is the next project you are working on ?
A: Come on, that’s secret!!

Thanks very much for your input and answers. 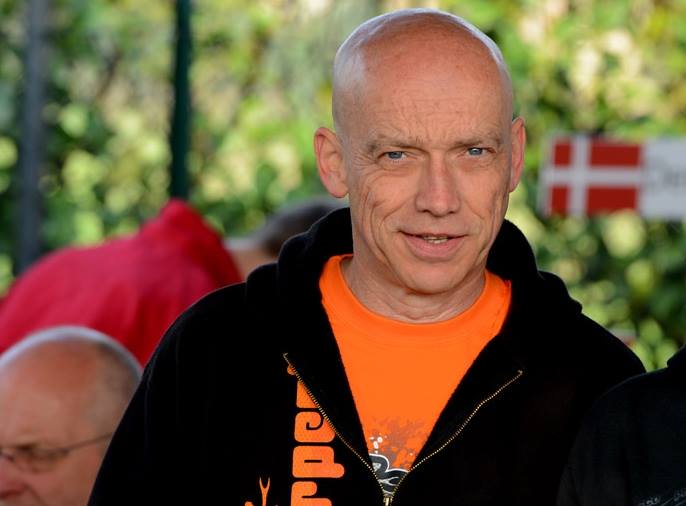