Here is a somewhat belated race report for Round 2 (ACT titles) with all the action and results after the 3rd round at SMA. 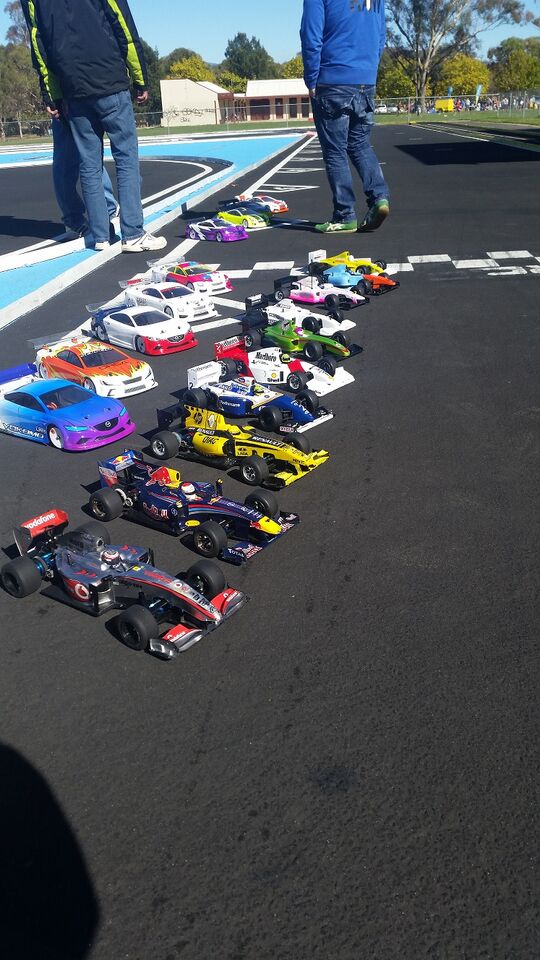 The NSW F1 Series Round 2 was held at the ACT State Titles (outdoors).

13 Drivers lined up for round 2 in Canberra. While the temperature stayed down for the weekend the racing was hot. There were 3 drivers that stood out in practice, local Mark Wallan, Queenslander Corey Broadstock, hot from the previous weekend win at the Vic State Titles, and round 1 winner Beth Cullen. There were also a couple of quick locals making their F1 debut with their new Xray F1’s keen to make their mark.

Saturday was always going to be a tight day with Mark taking first blood in round 1 by just 0.4 of a second from Beth. Round 2 was Corey’s turn with Mark making a few mistakes and Beth again second. Mark would hit back in round 3 to take his second round win after some errors by Corey, Beth a distant 3rd not overly happy with her front grip in the cooler conditions. With the afternoon a little hotter Beth’s car was working a little better but still unable to catch Mark, with Corey again faltering to 3rd. ACT locals Justin Reddiex, James Westhorp and Rodney De Haviland were all gaining valuable experience and speed and fighting closely for the next few positions on the grid.

Sunday saw racing delayed for a few hours due to water on the track, which made tire choice very critical for the last 2 qualifiers. With most drivers now on Shimizu’s, Mark’s car was on fire and took a comfortable Q5, but for Q6 Beth took the gamble to switch back to Ride’s, which paid off with a win to cement 2nd on the grid from Mark who took a much deserved TQ position for the finals. Corey was still suffering from consistency issues, but was hopeful that he’d identified the problem. He qualified 3rd overall.

Rodney finished qualifying with a great drive to 4th from Justin and James, F1 and RC Stalwart Bob Death found his rhythm late in qualifying to qualify 7th from Anthony Pelli who was making his state title debut, with Ian Webber and Phil Merrick rounding out the top 10.

The B Final saw some great and close racing between Gerald Elias, Allan Kemp and Jake Williams with all 3 drivers trading the lead lap after lap with Gerald holding out for the win From Allan.

In the A Finals race 1 would see Mark, Beth and Corey all share the lead in the opening stages, with Corey fighting through to pass Mark on the very last lap to take the win, Beth 3rd. Round 2 saw the track cool significantly but with Corey’s car now working well he was able to take the lead on the opening lap and never looked back taking the win from Mark. Beth had issues at the start with cold tyres and starting on the dirty side of the track, but was able to make her way from 6th on the first lap back to 3rd by the half way point. Ian had a clean run from 9th on the grid to 4th closely followed by James and Bob.

With Corey wrapping up the title he decided to sit out final 3. Both Mark and Beth cruised home in 1st and 2nd, to cement their place on the podium, while the next 4 positions were only separated by a point, James was able to take 4th, from Rodney, Justin and Ian. Bob, Phil and a slightly unlucky Anthony rounded out the top 10. 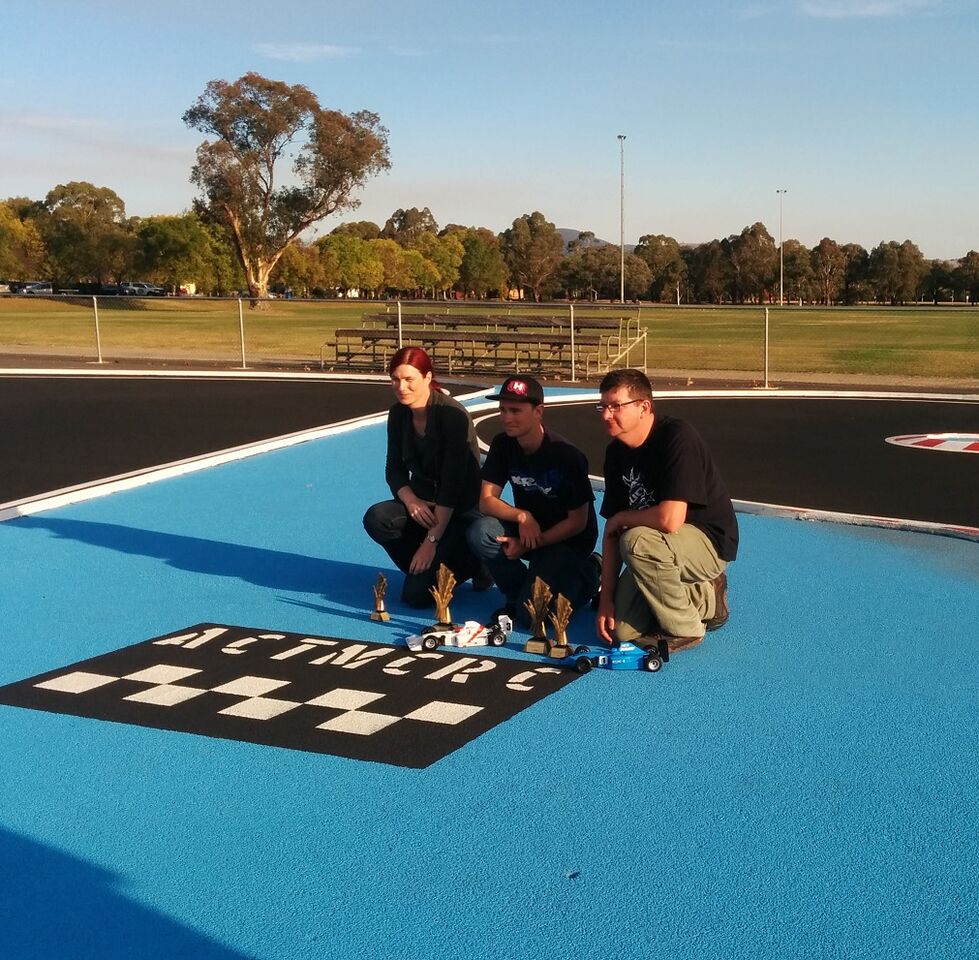 Thanks to the ACT team for running a great meeting. Thanks to Beth Cullen for the race report.

The round scheduled to take place at the NSW Titles on the first weekend in May at Whalan in Sydney’s west was rained out and hasn't been re-scheduled.

Round 3 was held at SMA (13 drivers) and the points standings are below: 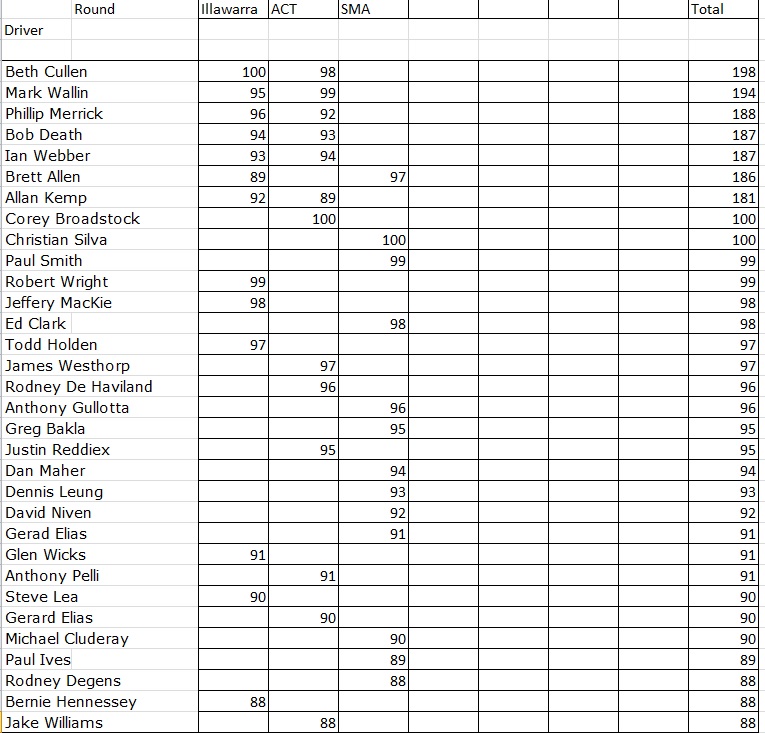 We understand that Round 4 is currently scheduled as part of the ACT Indoor Titles which is running this weekend with 25 F1 cars entered at time of writing. Good luck to all! RC tech forum