Serpent have announced an RTR (Ready To Run) version of their F110 F1 car with an expected May release 2013.

The normal method of purchasing an F1 car is as a build it yourself kit, and the F110 will also come in this format. Both are scheduled for May release.

But the exciting news is that for those who want their F1 in RTR form they will now have this option. At time of writing Serpent are the only manufacturer to have announced an RTR F1 car.

The RTR will come with:

German driver Marc Fisher was scheduled to run the F110 at TITC. He was 19th fastest in practice but didn't compete in the event.

The F110 and F110 RTR are listed in the Serpent 2013 catalogue (below) but no other details are available at time of writing. 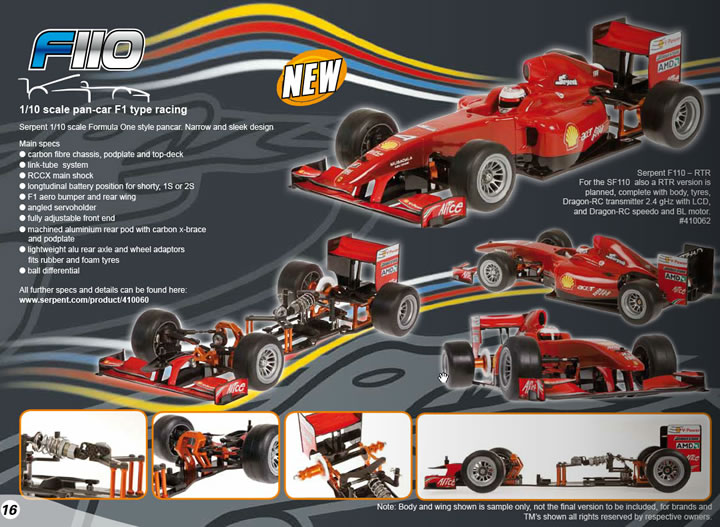