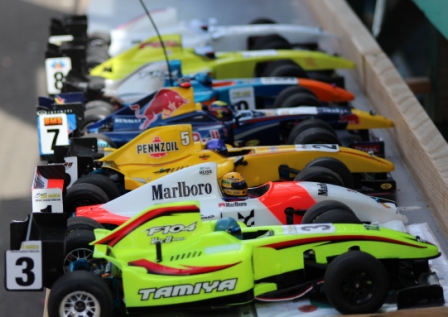 The Templestowe Village Community Bank(R) Masters at TFTR in Melbourne will include the F1 class and will be fought over the weekend of 8-9 February 2014.

The Masters has historically been reported as a well run and enjoyable event - and as I organise it I'd have to agree ;-)

Last year TFTR had 115 entries which was the 2nd largest on road electric meeting in Victoria of 2013 (second only to the Asian On road Championship).

The entry form is out.

Join the conversation on the RC Tech event thread and book a holiday to Melbourne!