TOP Rebel R-F01 Chassis. All of the decals are painted. Jeff used his vinyl cutter to create paint masks for the decals. Nice work!

The FW14 was designed by Adrian Newey, more recently famous for designing the Red Bull cars.

"The FW14 made its debut at the 1991 United States Grand Prix. The car was clearly the most technically advanced on the grid, but early teething troubles in 1991 stymied the team's early progress. Nigel Mansell and Riccardo Patrese recorded 7 victories between them, but the Drivers' Championship was wrapped up by Ayrton Senna who had better reliability.

Williams had the faster car throughout the balance of the season and it provided a run of good form in the mid season for both Mansell and Patrese. Mansell in particular however had several retirements due to the then new-for-Williams semi automatic transmission, with most of these retirements occurring while in a position to win races. Patrese was impressive on several occasions, and retired while leading twice. McLaren's superior reliability told in the Constructors' Championship as well, as they narrowly took the title from Williams." Courtesy of wikipedia 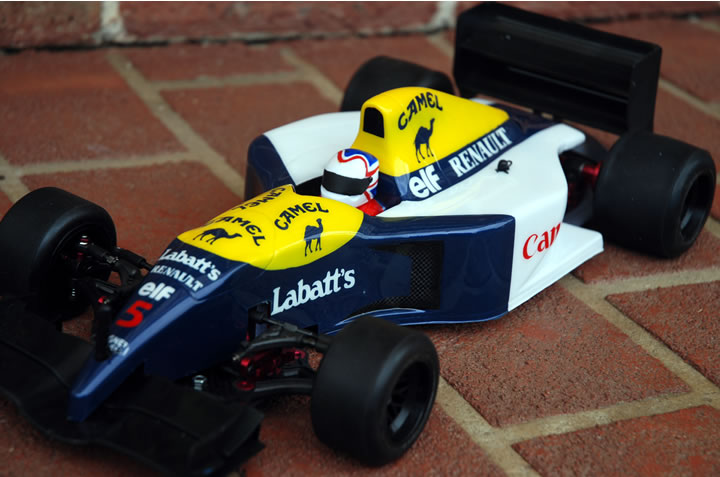